Extensions support is now available. Extensions can be used to add custom monitoring to the API, as well as inject custom logic into query execution process.

0.6 also formalizes our support for the GraphQL middlewares, which enable developers to wrap resolvers used by server with custom logic.

Extensions are only available in GraphQL servers running over the ASGI, but middlewares are supported by both ASGI and WSGI servers.

ariadne.contrib.tracing package has been added to the library that provides extensions for easy enabling application performance metrics in GraphQL Server.

Apollo tracing extension adds query's trace data to the results JSON. This data can then be viewed using the TRACE option in GraphQL Playground.

OpenTracing extension can be used to monitor GraphQL API for performance and errors using popular APM tools like Jaeger or Datadog: 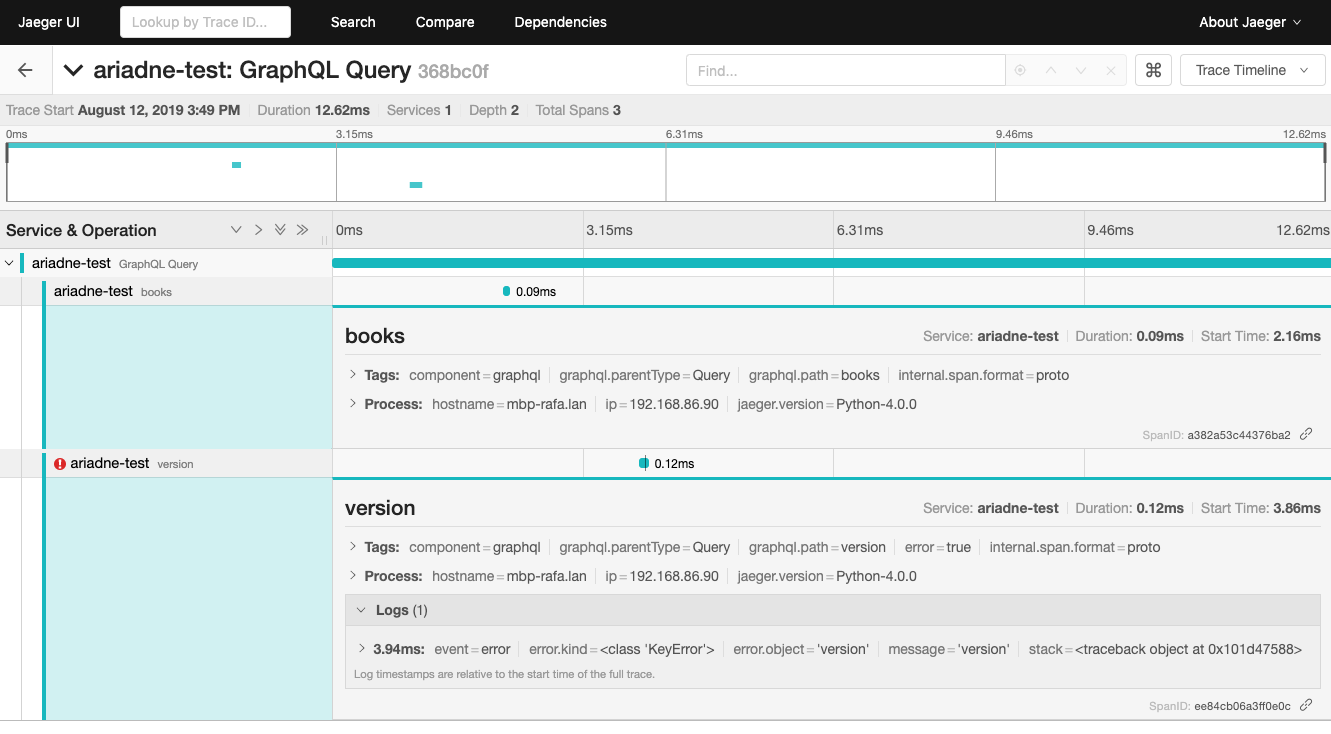