If you've recently visited any Spectrum community, you are likely aware that GitHub is now sunsetting Spectrum for GitHub discussions.

Because of this, we've made decision to move Ariadne's community to GitHub discussions!

Thanks and see you there! 👋 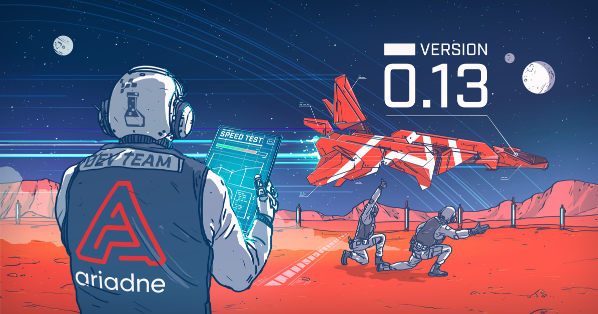 This one took us a while, but Ariadne 0.12 is now available!

Ariadne 0.12 is a feature release that adds support for custom query validators, adds query cost validator that enables developers to limit maximum complexity of GraphQL query that can be executed by the server, and adds an option for disabling the GraphQL introspection and the GraphQL Playground IDE on servers.

This release also locks required GraphQL core version at 3.0. Support for 3.1 is coming in future version.

Finally, this release also adds extensions support to the Django view, and fixes a reported bug in ScalarType default parse_literal producing an error when GraphQL query contained both literal and query variables.

No joke, today we are releasing Ariadne 0.11!

Ariadne 0.11 is an maintenance release focused on resolving few small but annoying issues reported by the community.

We are happy to announce that Ariadne 0.10 is now available, bringing support for Apollo Federation to the library and adding the ability to send queries to the same channel as the subscription via WebSocket.

Today we are releasing Ariadne 0.9 which moves from GraphQL-core-next to GraphQL-core v3 as its GraphQL implementation.

Just weeks after 0.4 we are now releasing Ariadne 0.5!