Ariadne 0.4.0 is now available, and with it bunch of features and improvements for developer experience, and bugfixes!

Our ASGI application has been updated to support version 3 of ASGI protocol, courtesy of Starlette 0.12.

We want to make process of starting out with GraphQL in Django easy. In Ariadne 0.3 we've provided example code on our docs that you could've copypasted to your project.

This approach was less than optimal, so in Ariadne 0.4 we are introducing ariadne.contrib.django package that acts as Django app and provides GraphQL view that you can simply drop in your urls.py:

To to sweeten the deal even, we are also providing two scalar implementations: Date and Datetime. Those two enable developers to exchange dates and datetimes between their UI and Python logic.

In Ariadne 0.3 we've introduced extended error formatting support that added error's backtrace and content to GraphQL response, making it so much easier to get to source of the problem when debugging resolvers.

In 0.4 we are further improving error reporting with introduction of error logging.

Internally Ariadne creates own logger, and then logs all errors and exceptions to it, enabling you to stay on the top of the situation. We've took extra care to make sure that logged errors contain not only information about field in GraphQL query that failed to resolve, but also actual exception data. It also plays good with existing error tracking systems like Sentry: 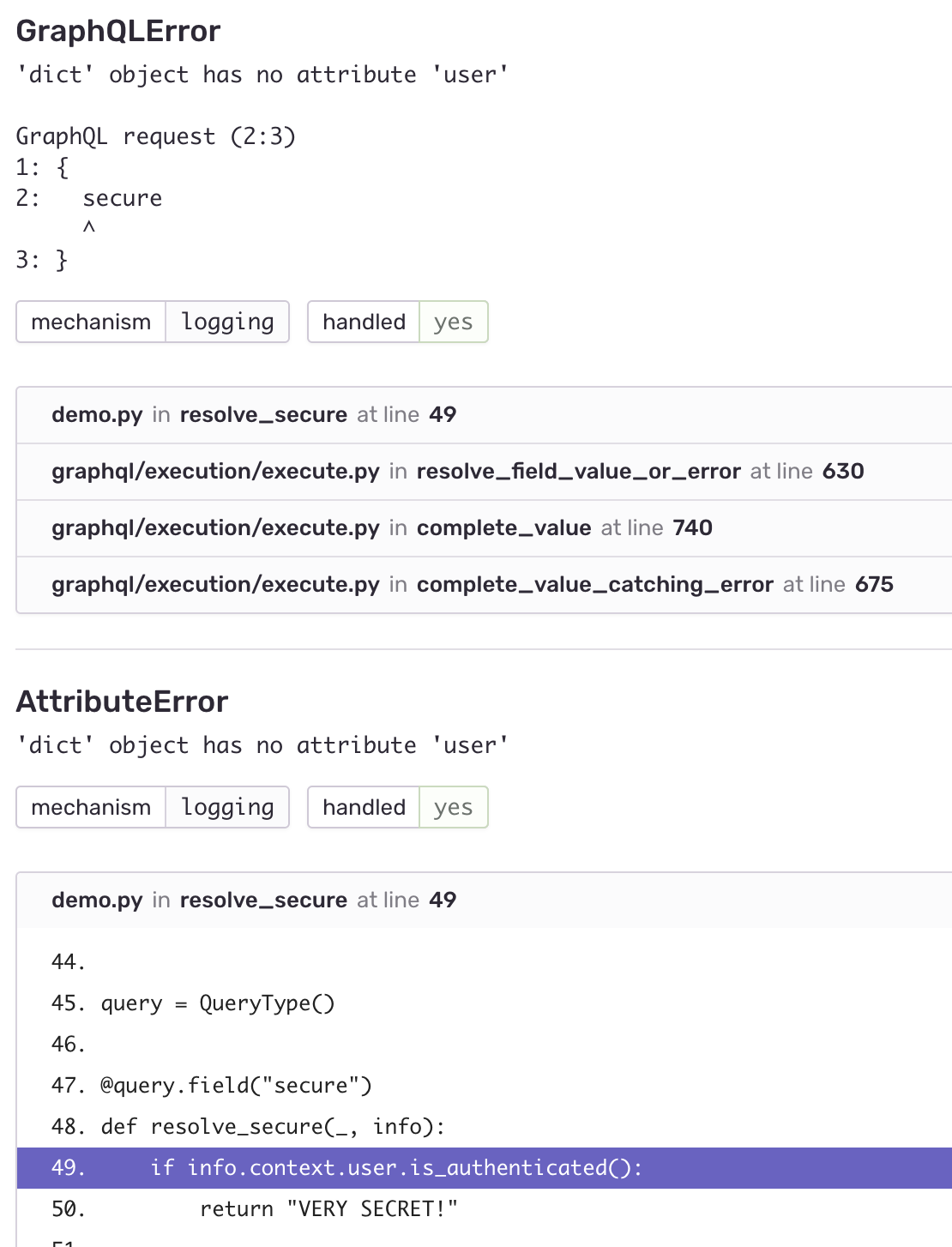 Based on feedback and reports we've received from early adopters we've added bunch of assertions and checks around our API to fail fast and let you spot your errors before your users do.

Also, because in 99% of cases custom scalar literal parser is just a thin wrapper unpacking value from AST ValueNode and passing for value_parser, Ariadne 0.4 will provide this mechanism for you out of the box. If you still need custom literal handling logic - you can still do it.

Above were only the highlights of this release. Here's complete changelog for those interested in nitty-gritty details: